Board-certified and fellowship-trained, Dr. Gregory Klingenstein grew up in New Jersey and earned his undergraduate degree at Wesleyan University. He received his medical degree at the Icahn School of Medicine at Mount Sinai with distinction in research. Dr. Klingenstein completed his residency at the Tufts Medical Center Orthopedic Surgery Program, which included a chief resident position at the New England Baptist Hospital. He completed two fellowships at the Hospital for Special Surgery in New York, one in adult reconstruction and joint replacement, and a second year of hip preservation training. He has lectured both nationally and internationally on femoroacetabular impingement (FAI) and total hip replacement bearing options for patients who are young and active, and has published several peer-reviewed articles.

Dr. Klingenstein’s practice focuses on tissue-preserving hip and knee replacements, as well as joint-preserving techniques for early hip disease. He specializes in the nonoperative and operative treatment of FAI, dysplasia, and residual effects of childhood hip disorders. Surgical options for younger patients with hip pain include hip arthroscopy, as well as open surgical techniques. 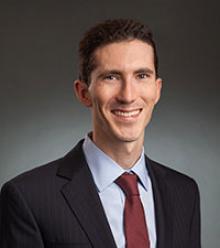