Dr. James Sanflippo was raised in Middletown, New Jersey. He received his bachelor’s degree from John Hopkins University in Baltimore, and his master’s degree in biochemistry from the Johns Hopkins Bloomberg School of Public Health. Dr. Sanflippo earned his medical degree from the University of Medicine and Dentistry of New Jersey in Newark. He completed his residency in orthopedic surgery at Thomas Jefferson University Hospitals in Philadelphia. He completed his M.B.A at the Fox School of Business at Temple University.

Dr. Sanfilippo underwent additional training in the form of a fellowship in the spine at the Emory University Orthopaedics & Spine Hospital in Atlanta where he was later appointed as an instructor on orthopedic surgery. He is currently the chief of the spine section and chair of the Virtua Brain and Spine Institute. 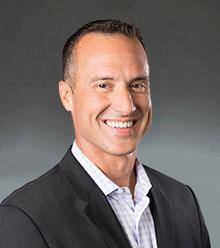