Dr. Schoifet grew up in Highland Park, New Jersey. He obtained his bachelor’s degree from Cornell University, earned his medical degree from Columbia University and completed his surgical internship at St. Vincent’s Hospital in New York City. He completed his residency at the Strong Memorial Hospital University of Rochester in New York. Dr. Schoifet was appointed as an instructor in orthopedic surgery at the Mayo Clinic in Rochester, Minnesota where he also accomplished his fellowship in total joint replacement and adult reconstructive surgery. He is an instructor for minimally invasive surgery quad-sparing for partial and total knee replacements, both inside and outside of the United States.

Dr. Schoifet’s team has successfully developed one of the largest and most successful joint programs in the tri-state area. He has been appointed as the medical director for joint replacement services throughout the Virtua Health System. He is one of the expert proponents of outpatient total knee replacement in the United States, and currently teaches and trains orthopedic surgeons throughout the country and abroad.

He was featured in different magazines and organizations including: 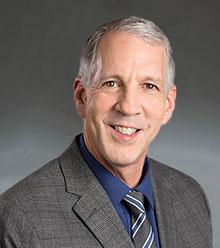